The terminating of the ego’s slow annihilating effect on the body.

This is a real gourmand’s treat. All throughout history the healers producing real miracles all worked with the laying-on-of hands technique. They were few, because for the successful use of the technique, it is imperative that one ’sees’ the electro-magnetic fields around and in the body – the aura. Many tried doing it, but only few succeeded. The elegance of the practice is breathtaking. It’s essence is developing one’s ability to ’see electro-magnetic fields’. These fields are not seen with the physical eyes. It took me 20 years of my life to develop. I could say, it was my best investment up to date.
Who sees the aura, sees the illness-illnesses as well. Further, he sees the connection between the aura and the illness. In every case, the illness is connected to the aura. From there on, the meddling is ridiculously simple. Since aura and illness are interconnected, it follows that the connection can only come about and keep existing, if there is an energetic equilibrium between the two. This energetic equilibrium has to be upset, and the illness falls on it’s head. This is true in every case of chronic illness. Those illnesses and injuries which heal of demselves or with the help of a healer had not reached the stage of interconnectedness yet. In every case I take a good look around in the body and the aura, and the solution always lends itself. I have not seen two identical sights yet. When I upset the energetic balance between aura and illness, a pronounced energetic outflow develops from the body and aura into the environment, until the illness vanishes. Often, this takes months. The energetic outflow is the outflow of bad memory pictures.
The terminating of the ego’s slow annihilating effect on the body. This opportunity presented itself after the ability to ’see’ developed. I saw the Demon, and kept on looking at it, until I figured out how to communicate with it. Every aspect of it’s existence came to light. The ego is an artificial intelligence algorhytm. Our creators – the Anunnaki put it into our bodies. The storyline is so robust, that even the Old Testament mentions it at lenght. The story is the banishing of men from the Garden of Eden. The Anunnaki is an extraterrestrial race who came to our earth cca. 440 000 years ago, and they are the ones who ’made’ us. We are genetic products, and are very similar to them. They also possess and ego, but they have it on the outside of their bodies, and wear it much like an exoskeleton. In their case it’s sole function is the decomposition and excretion from the Anunnaki body every contra-survival memory picture. With that the Anunnaki enjoy a very long and healthy lifespan, with their injuries healing at an extraordinary speed. What they have is a real angel, taking care of them.
In our case they reversed the whole setup when we were banished from the Garden of Eden. They took the ego, turned it inside out, and placed it into our bodies, attached to our skeletons. From then it’s function is also reversed. It is the saving of every bad memory picture, which clogs the minds processing capacity with time. This leads to our deaths in maximum 120 years. The operation was successful indeed. They turned an angel into a demon. A lot can be read about that in the Bible and in the Sumerian clay tablets.
The essence of my intervention here is based on seeing the ego and communicating with it. I approach it, and announce that its hour of salvation had arrived, and now it will be rehabilitated. The time of condemnation is over. Always loves the idea. Then I remove it from the body, turn it outside in, and place it gently back on the body of its host, allowing it to reconnect itself. From this point on, it functions exactly as it did on the Anunnaki bodies, disintegrating the bad memory pictures and driving them out of the body. With that the body turnes into a healthy thing, living for a long period of time. You can read further about this in the EGO section. 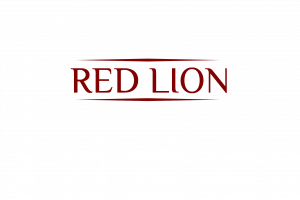